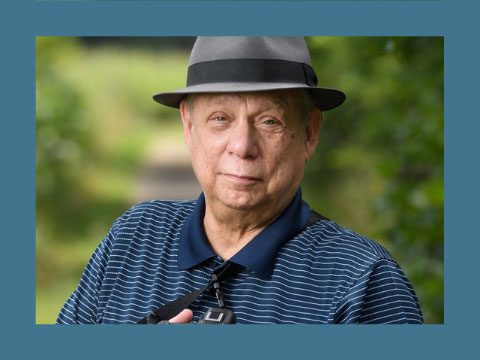 Howard Wolinsky, a Chicago-based freelance medical journalist, was the Chicago Sun-Times health writer for nearly 30 years. He has spent his career asking questions and investigating. So, in 2010 when he was told he had prostate cancer, followed days later with a recommendation to have surgery, he was stunned and needed to know more. He felt healthy and didn’t want to deal with any side effects from a procedure that could leave him impotent or with urinary incontinence.

He sought out a second opinion. A urologist at the University of Chicago recommended active surveillance (AS) – a much different choice than surgery. Howard became a pioneer prostate cancer patient by making this choice. More than a decade later, still untreated, he knows he made the right choice.

Not all prostate cancers are the same. Some are small, slow-growing and pose little to no risk, while others grow quickly and need swift treatment. Today, almost half of men with early-stage prostate cancer choose active surveillance as their course of treatment.

Active surveillance is a type of close follow-up with added testing. If these tests show the cancer starts growing or changing, your doctor may talk about other forms of treatment.

“Active surveillance is a great option for patients like Howard, but it is not for everyone. Not all prostate cancer patients are the same,” says Brian Helfand, M.D., Ph.D. urologist at North Shore University Health System in suburban Chicago and Howard’s urologist. “Each prostate tumor is unique and treatment options differ based on what other health problems or conditions a patient may be dealing with.”

Howard suggests newly diagnosed prostate cancer patients work with their urologist to choose a treatment option that’s right for them. This shared decision-making approach can help men get the complete picture of care options – from AS to treatment – to choose from and to make the best decision for their own body, and their future. Sometimes the less intrusive approach is the best approach.  Co-founder of Active Surveillance Patients International and of the AnCan/UsTOO Active Surveillance Video Support Group, Howard urges men to seek support from peer groups.