Urology Health - The One Where We Remember James Michael Tyler

The One Where We Remember James Michael Tyler

The One Where We Remember James Michael Tyler 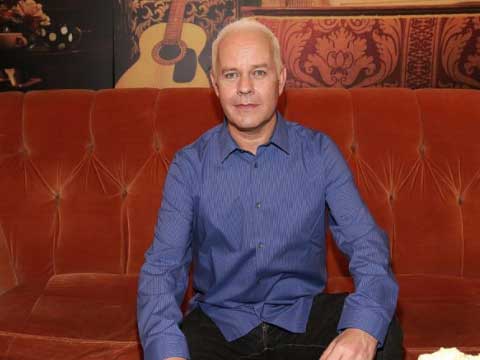 It’s 1994 and you’re sitting down for the night to watch a new episode of “Friends.” Ross, Rachel, Monica, Chandler, Phoebe and Joey. Everyone seemed to have a favorite. But there was a seventh “friend” who was in over half of the aired episodes. People seemed to love this character for his unique, sarcastic nature but also his kind heart. Gunther, the manager of the Central Perk coffee shop, started as just a regular extra, but came to be one of the most well-known characters throughout all 10 seasons of the show.

Played by James Michael Tyler, you couldn’t help but love Gunther and how hard he tried to get Rachel’s attention. He is one of those characters who helped shape “Friends” into the iconic show that it was, and still is today. While “Friends” may be the show Tyler is most widely known for, he was also in other shows including “Scrubs,” “Modern Music” and “Sabrina the Teenage Witch.”

Back in May 2021, people saw a brief cameo of Tyler in “Friends: The Reunion,” but it wasn’t until June when Tyler told the public about his prostate cancer diagnosis in a TODAY Show interview. Tyler was first diagnosed with advanced prostate cancer in September 2018 at the age of 56. His cancer was found during a routine physical after his doctor added a PSA (Prostate Specific Antigen) test to his bloodwork. The cancer had spread to his bones, which left him unable to walk. He had since been treated with hormone therapy.

Tyler was a big advocate for men to talk to their doctors about a PSA test during their routine physical and hoped sharing his story would help others. He said in his June 2021 interview with the TODAY Show, “My goal this past year was to see my 59th birthday. I did that. My goal now is to help save at least one life.”

On October 24, 2021, Tyler passed away in his home at the age of 59. As we remember and mourn the loss of such an incredible person, both on-screen and off, the Urology Care Foundation also encourages men to talk to their doctor about when prostate cancer screening is right for them. Early detection is key and when caught early, it is much more treatable.  Here are just a few of the many resources available to learn more:

Early-Stage Prostate Cancer: What You Should Know

Advanced Prostate Cancer: What You Should Know

Is Prostate Cancer Screening Right for Me?