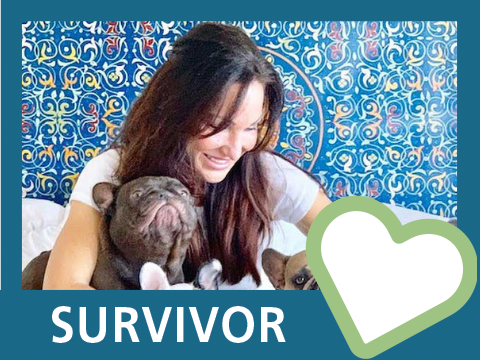 Salima spent her life raising two kids with her husband and giving back to the communities where she lived. It was her passion to volunteer for various organizations. That passion turned into creating a non-profit that gave back to children diagnosed with cancer.

In 2018, after believing she had a Urinary Tract Infection (UTI), Salima ended up in the ER. They tested for a UTI, but they also included an abdominal scan. The scan revealed she had an 8.8 cm tumor on her left kidney. She was told to see a Urologist as soon as possible. The first Urologist she called was booked, but the second Urologist had a surprise opening and she got an appointment.

Eleven days later she was scheduled for surgery. She was the 6th surgery of the day for her Urologist and they went into the operating room at 8pm that night. She came out of surgery with her kidney removed and a diagnosis of stage 3 kidney cancer. The cancer had not spread and now she could focus on recovery.

Salima realized she could not control the outcome and there are no guarantees in life. She focused on mindfulness and reducing her anxiety about the cancer returning by being grateful for the “little things” that played a part in her journey. The abdominal scan that caught the tumor, an open appointment, the quick surgery date all played a part in saving her life. 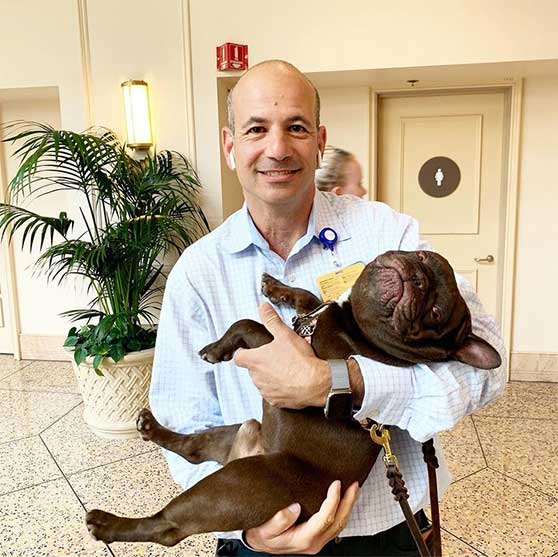 She changed her diet and exercise regime and remained positive about what she could do rather than what she was no longer able to do. Today, Salima volunteers with her dog Buxx, at the hospital where she received care, as a thank you to them. When she feels defeated and doesn’t want to get out of bed, she tells herself “Get up Sal. Just get up!” and that’s exactly what she does.