A Mother’s Fierce Fight for the Life of her Son

A Mother’s Fierce Fight for the Life of her Son 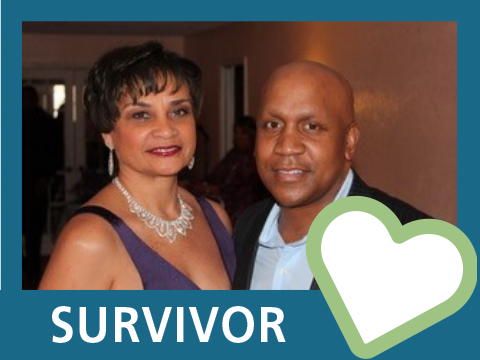 Ritchie is a vibrant nurse and mother of two sons. She has always been very proud of her boys and that pride clearly extended into their adulthood as they each became a father, as well as successful men. At the age of 36, her son Chris, who was athletic, healthy and living a happy life, started feeling pain in his back so he went to see a chiropractor, but the pain didn’t let up. He continued to live with the pain for years. At the age of 38, he started seeing blood in his urine and he felt something was very wrong. After a trip to the emergency room, a CT Scan showed he had a 7 mm tumor in his right kidney that looked as if it could be cancer. Two weeks later, his kidney was removed. The results of the biopsy confirmed Chris had a rare and aggressive kidney cancer called Renal Medullary Carcinoma (RMC) that mostly affects the young African American population with sickle cell trait.

He was given 3-5 months to live. Ritchie remained by her son’s side over the next 15 months helping him recover during his 12 months of chemotherapy treatments and supporting him when he was in and out of the hospital due to the pain. She was a positive force advocating for the best possible treatment while keeping his spirits up. She dedicated her life to saving him.

After such a long period on chemotherapy his body was weak and his lungs began to fill with fluid. Chris found himself in respiratory distress and ended up in the intensive care unit. His body had fought so hard for so long that it had started to shut down. Even until the very end, Ritchie and Chris vowed to beat this rare form of cancer, but the battle was lost after Chris said goodbye to his 6-year-old daughter from his hospital bed.

After his passing, Ritchie knew Chris wanted her to advocate for funding to support kidney cancer research, so she started a Foundation in his name. The Foundation not only raises funds for research, but they are a global community of kidney cancer patients coming together to support one another. Ritchie’s fierce drive to keep Chris’ legacy alive is what moves her to shine a light on this often misdiagnosed and deadly form of cancer.