A Patient's Guide to Undescended Testicles

A Patient's Guide to Undescended Testicles 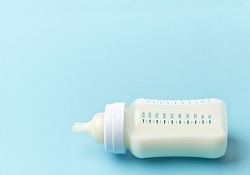 The following is a patient story about undescended testicles:

When our son Kenny K* was born, we were so happy! He was beautiful. We were in love at first sight. He had all of his fingers and toes and looked like an angel.

However, at three months old, we noticed that his genitals didn't look right. We took him to his doctor and the pediatrician said he had an undescended testicle. Kenny's pediatrician referred us to a specialist called "a pediatric urologist."

His urologist said an undescended testicle is a common problem and could easily be fixed. Everything else with Kenny was normal. After talking about all of our options, Kenny's urologist recommended that he have surgery. After the surgery, Kenny didn't have any other issues.

He is growing up fine and doesn't even know he had an issue. We were nervous that he may not be able to have children or have other concerns, but his urologist told us everything should be fine - and it is.

As parents, it can be tough watching your kid deal with any medical issue. But, Kenny had a good doctor that talked us through all of his options and made us feel comfortable with the choice we made. Kenny is growing up and doing anything a normal three-year-old does!

*Name has been changed

What are Undescended Testicles?

It's incredibly exciting to see your newly born baby boy! But if you learn that his genitals* don't look quite right, it can be frightening. Your health care provider may be the first to notice that your newborn's testicles may have not developed fully before birth. His scrotal sac/scrotum (the skin sac behind the penis) may be empty.

Before birth, a baby boy's testicles develop and form inside his abdomen. They then move down (descend) into the scrotum. If one or both of his testicles don't descend the way they should, they are called "undescended".

The medical term is cryptorchidism. It is more common for one testicle to be undescended rather than both. Usually, the other testicle is still there, it's just higher up than it should be. Undescended testicle is most often seen with boys who are born prematurely.

Rarely, it's found in a full term baby. About 3 to 4 out of 100 babies are born this way. The good news is that an undescended testicle will often drop down as it should after a few months. If this doesn't happen naturally by 6 months, it's important to get treatment. Testicles that remain up high may be damaged. This could affect fertility later or lead to other medical problems.